Coffee is one of the most consumed beverages in the entire world. It dates back to the 15th century with some saying a late 15th goat herder was responsible for its discovery! The popularity and liking for coffee as a beverage can be gauged by the fact that its consumption is approximately one-third of the volume of water consumed in the United States and Europe. The coffee drink is prepared from seeds, customarily referred to as beans, of the coffee plant. It’s a great drink that helps kick-start your day. Currently, it’s grown across the tropical and exported to other parts of the world. But, have you ever wondered, how and where it originated from.

Well, coffee is said to have originated from Ethiopia. It is believed to have been discovered by a goat shepherd by the name Kaldi. Kaldi recognized the plant when he noticed a change in behavior when his goats ate the leaves and fruits from that particular bush. The goats appeared to be energetic, happy and dancing all over after eating the coffee fruits and leaves. Kaldi, therefore, got curious and tried out the berry. He then felt a rush of energy all over his body, and that’s how it was discovered. History traces this occurrence to around 800-900 AD.

The origin of coffee is said to be a placed called Kaffa, in Ethiopia. It’s because the plant thrives exceptionally well in that particular area unlike elsewhere in the entire world that made it dominant. Coffee is also the main cash crop grown in Ethiopia. History, however, doesn’t adequately account for where coffee got its name. The Ethiopians referred to coffee as bunn or bunna, whereas the Turkish referred to it as per the plant’s Arabic name, kahve qahwa.

The bottom line is that those who discovered the plant were after its stimulating effects. Whoever came across the plant was amazed by its impact, and it slowly began being adapted and used. The natives from Ethiopia used to boil the leaves and drink the mixture or rather eat the fruits raw.

Coffee was first documented around 900 AD, and after that, it was described as a medicine by a physician known as Razi. Razi confirmed how its beverage contained numerous healing properties. From Ethiopia, however, coffee moved to Yemen which is on the other side of the red sea. Here, it was a favorite beverage and was widely used by the Sufi Monks to get the stamina to be able to pray all night long. All this occurred around the 15th century.

In the 16th Century, the Ottoman Empire distributed coffee to other places, which was after Turkey conquered the Arabian Peninsula. It was hugely appreciated in the Arabian Peninsula and Turkey, mostly because alcohol was prohibited among Muslims. It is where it got the name khave which means wine of Arabia; this led to the opening up of coffee houses in different places. The first one being in modern-day Istanbul around 1550 to 1560. Other coffee houses were opened in Medina, Cairo, and Damascus.

At the beginning of the 17th century, coffee found its way into Europe. It took around 200 years to reach Europe from the Middle East and was received with open arms. Here, it was brought by the Venice Merchants. At first, it was met by lots of opposition by the Catholic Church. However as time passed by, it was significantly embraced by the Christians. The first coffee house in Venice was opened up in 1645. Other European countries began growing coffee on their farms, most of them being European traders and travelers who praised the black beverage from the Middle-East.

On the onset of the 18th Century, the Dutch started their coffee plantation of Java. Java grew to become a known source of coffee production. France borrowed some plants and began producing them in the year 1720, which marked the spread of coffee all over Europe. It significantly replaced beer and wine. Several coffee joints were opened, and coffee moved from being a breakfast drink to an every time drink.

Later in 1726, coffee made its way to Central and South America. Brazil which has a tropical climate began the growing and cultivation of coffee, and up to date, it’s the biggest producer of coffee in the world. But in the United States, it is only grown in Hawaii. However, US imports tons and tons of coffee because of its high demand.

We owe it to the colonialists, traders, explorers, and missionaries who brought coffee all the way from Africa; were it not for their efforts, coffee wouldn’t have been distributed worldwide. The taste of coffee highly depends not only on the tropical climate but geographical location as well. Therefore, the next time you will be enjoying your hot cup of coffee, give thanks to Kaldi the shepherd who discovered it and his goats. 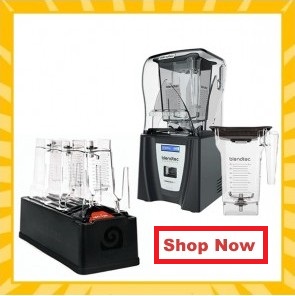